Multi-touch technology is rapidly becoming common place and offers many advantages over traditional human-computer interaction techniques. There is now the chance to discover new computer uses which utilise the more direct and intuitive input techniques offered by multi-touch.

This research aimed to find if it is possible to implement a system that allows users on multiple computer interfaces (especially, but not specifically multi-touch interfaces) the ability to transfer materials between the interfaces in an intuitive manner using the user’s knowledge of the physical locations of said interfaces. 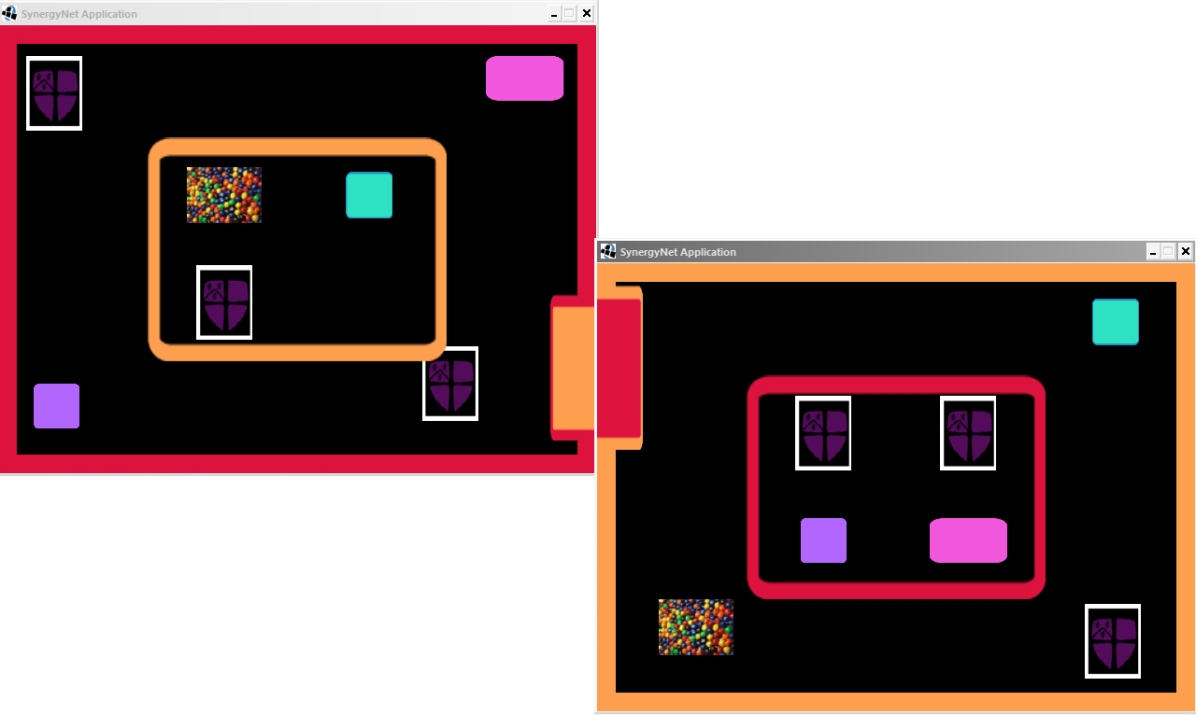 Concepts surrounding the aforementioned aims were developed and then implemented in two systems, a simple system comprising of simpler, more direct methods while as the other, more sophisticated system used more complex methods to facilitate implementations of the concepts that took advantage of the new opportunities afforded by multi-touch technology. These two systems were then compared and the concepts behind them evaluated through a controlled lab experiment. 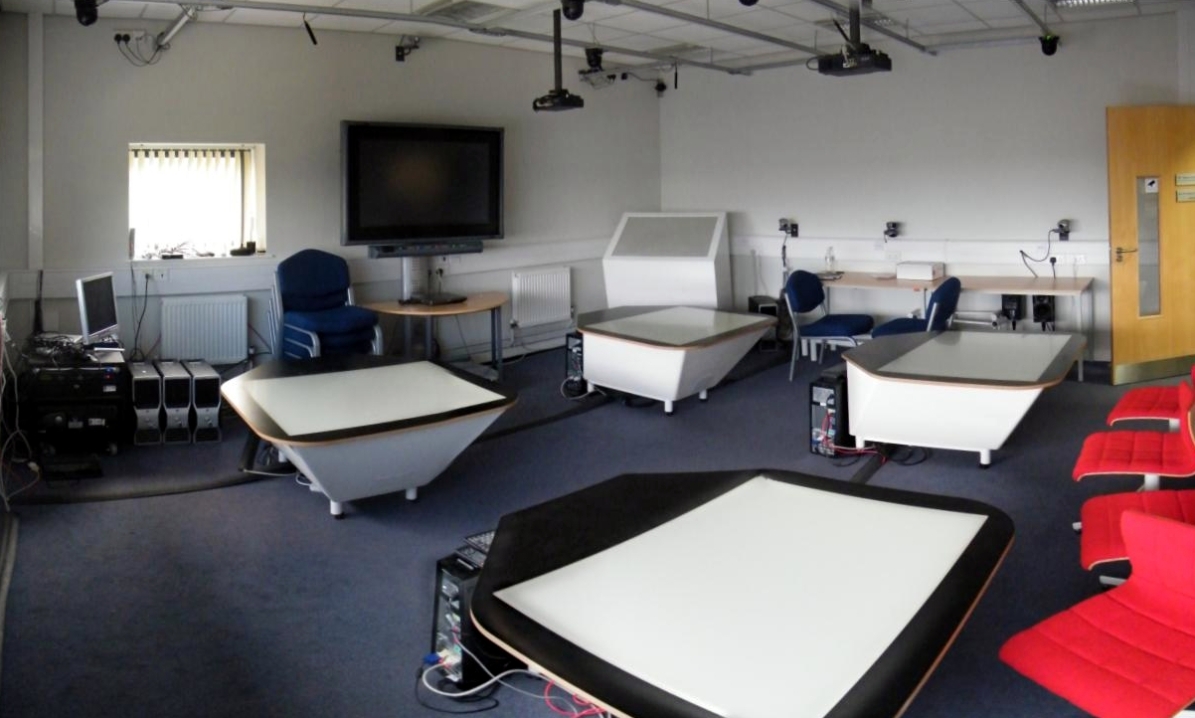 The concepts of the project were all successfully implemented between the two systems. Participants in the evaluation found it easier to get to grips with the methods used in the simple system but performed better (faster with a lower rate of encountering unexpected reactions from the system) using the sophisticate methods after getting used to the workings.

Two Instances of SynergySpace 1 with ‘network gateways’ for transferring materials.

Users initially have trouble mapping from experiences with existing input and material transfer methods to these new concepts but once the user grasps the new methods involved they are quite happy to use them in place of the current alternatives. With users taking longer to get to grips with the more sophisticated methods but using them more effectively the possibility of further developing these methods to be more accessible should be considered.